The Nuclear Waste Management Organization says they are seeking an "informed and willing host". Read more about the NWMO "Willingness" Projects

A NATIONAL REVIEW OF RADIOACTIVE WASTE POLICIES AND STRATEGIES WAS LAUNCHED IN NOVEMBER 2020. A DRAFT POLICY WAS RELEASED ON FEBRUARY 1 WITH A COMMENT PERIOD ENDING APRIL 2. GET INVOLVED!   ?LEARN MORE HERE

Nuclear Waste On-line is a series of on-line presentations about nuclear waste in Canada. For the 2022 10th Annual Series, sessions were every Wednesday evening in February. Read descriptions of each session HERE. Click on the links below to view the unedited recordings.

The Nuclear Waste Management Organization has now focused their investigation of potential burial sites for all of Canada's high level nuclear fuel waste on two remaining areas: the Revell Lake area, 45 kilometres west of Ignace, in northwestern Ontario, and an area just north of Teeswater in the Municiaplity of South Bruce in southwestern Ontario.

Read about the Revell Lake area in northwestern Ontario 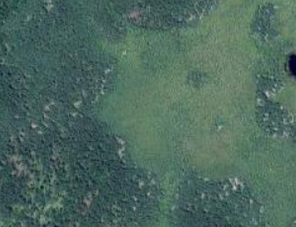 Read about the Teeswater area in southwestern Ontario

What is the nuclear industry looking for?
The nuclear industry - under the banner of the Nuclear Waste Management Organization - is looking for a community willing to become the "host" to all of Canada's nuclear fuel waste - approximately 50,000 tonnes to date. The NWMO plan is to place the waste deep underground. It includes the option of centralizing the waste in temporary storage at the site selected for a geological repository while research is still underway and prior to the site having been fully investigated. 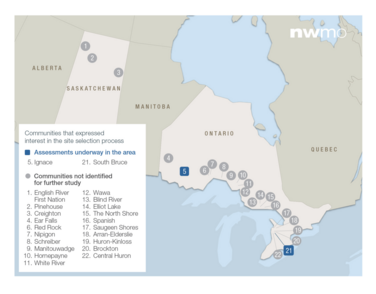 Informed and Unwilling: Close Up on NWMO Candidate Sites

Radioactive Waste: The Next Generation 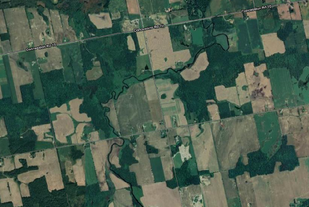 Welcome to our information web site about nuclear waste.

This site has been created to provide ordinary people with information about an extra-ordinary challenge: the long term management of the highly radioactive waste that is created as a byproduct of using nuclear power to generate electricity.

In Canada - as in several other countries that use nuclear power - the nuclear industry is committed to the idea of burying the nuclear fuel waste in a rock formation in a yet-to-be-identified location. In 2002 the federal government gave the nuclear industry permission to organize themselves as the Nuclear Waste Management Organization  and so relaunch their search for a suitable site and a willing community, and in May 2010 the Nuclear Waste Management Organization formally launched their search for just such a community.

As of August 2012,twenty-two communities were allowing themselves to be studied as possible end points for all of Canada's high level nuclear waste: three in northern Saskatchewan, thirteen in northern Ontario, and six in southwestern Ontario.

In November 2013 the NWMO dropped two from northern Saskatchewan and two from northern Ontario. In January 2014, two communities in Bruce County were dropped, and in June 2014 the town of Nipigon withdrew. The NWMO dropped Brockton in December 2014, and Spanish and the Township of the North Shore in January 2015. In February 2015, Creighton, Saskatchewan and Schreiber, Ontario were removed from the NWMO investigations. The Municipality of Central Huron and the Township of White River were dropped by the NWMO in June 2017, and in December NWMO announced that the area around Blind River and Elliot Lake, Ontario, will no longer be considered. In November 2019  the Townships of Hornepayne and Manitouwadge were taken off NWMO’s list, and in January  2020 NWMO announced that it had signed agreements with landowners in South Bruce , and would no longer consider Huron Kinloss as a potential host.

Two areas remain under investigation: the Revell Lake area, 35 kilometres west of Ignace, in northwestern Ontario, and an area just north of Teeswater in the Municipality of South Bruce in southwestern Ontario.

Presentations are now available on